Bonjour India Inaugurates in Ahmedabad two exhibitions, Convergence and A Trip to France and one dance performance S. Thala

by Rashtra Times
in Event, Exihibition
Reading Time: 2 mins read
0 0
A A
0 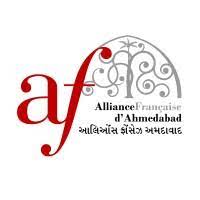 Event: Convergence – Photography’s French Connections in India. On display will be photographs of India taken over two and a half centuries by Indian and French photographers.

At the Convergence exhibition, visitors will see photographs of India taken over two and a half centuries by Indian and French photographers. The period during which the photographs were shot ranges from the mid-nineteenth century till the 1970s. Many photographs that will be on display have never been seen in India before. Those who captured these images were fearless travelers, writers, photographers, journalists, and artists. Notable among them are Louis Rousselet, who came to India in the mid-nineteenth century, and Marc Riboud, a French journalist who traveled across Asia in the 1950s. Works by other European masters such as Denis Brihat, Paul Almahsy, and Michel Semeniako who took trips to India from the 1950s until the 1970s will also be on display.

Among the images will be a selection of 19th-century prints and negatives from the most prestigious French institutions such as the National Museum of Asiatic Arts – Guimet, Musée du Quai Branly – Jacques Chirac, MuséeNicéphoreNiépce Museum, MaisonEuropéenne de la Photographie and MuséeGoupil – Ville de Bordeaux. Photographs from these institutions will be displayed in India for the first time.

Event: A Trip to France. On display will be photographs shot by ParmanandDalwadi during his visit to France in the 1970s

The photographs on display will show some incongruous and unusual situations. They are replete with humor, tenderness, and authentic impressions of French society. A story accompanies every photograph. Visitors will not only be treated to images from a time when French culture was arguably at its most vivacious but also read a short story that tells more about the photographs.