“Music is the heart and soul of Indian cinema,” says Anand Pandit

On World Music Day, the veteran producer discusses how intricately music and emotion are interwoven in Hindi films

by Rashtra Times
in Entertainment, Movie
Reading Time: 2 mins read
0 0
A A
0 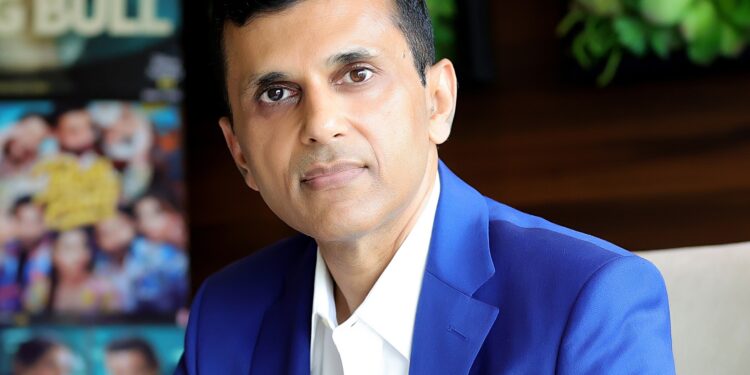 Hindi cinema is known worldwide for its flamboyant song and dance sequences and its unapologetic musicality. On World Music Day, veteran producer Anand Pandit says it would be simplistic to say that Hindi film music is merely entertaining. He says, “Hindi film music is a  repository of folk melodies, classical ragas, Rabindra Sangeet, pop, funk, and every imaginable genre. These songs have become a part of our life. Be it a celebration, a budding romance, a life-long friendship, a loss, or lingering melancholy, music communicates every emotion and compliments every occasion.”

He also has a deep appreciation for the legends who have shaped the history of Hindi film music. He says, “Legends like Sachin Dev Burman, Naushad, OP Nayyar, Rahul Dev Burman, Madan Mohan, Khaiyyam, and Jaidev are institutions in themselves. Their music has touched so many lives and there is hardly any Indian who does not love or revisit classics sung by Mohammed Rafi, Lata Mangeshkar, Kishore Kumar, Mukesh, and Talat Mehmood. Whether you are happy or sad, there is always a perfect Hindi film song to give you company.”

He reminds us that music has been a part of our cinema right from the talkie era. He says, “In 1932, a film called ‘Indra Sabha’ had over 69 songs and who can imagine the history of Hindi films without the musical scores of the cinema of Raj Kapoor, Gurudutt, Dev Anand, Bimal Roy, K Asif, and Mehboob Khan? It is our music that has transcended geographical boundaries and helped people from all over the world to connect with each other. During my travels abroad, I have met so many people who do not speak Hindi but sing Hindi film songs.”
The producer also paid a tribute to  KK, Lata Mangeshkar, and Bappi Lahiri who passed away recently, and said, “These unforgettable voices will live on in our hearts through the magic they created. That is the power of music. It is eternal and stays with us forever.”