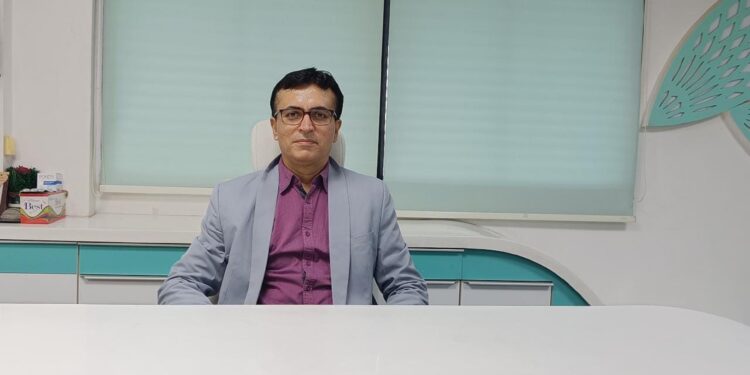 Mehsana:Over the past few years, the cardiologists have been noticing a worrying trend: the number of heart-attack cases among 30-40-year-olds is on the rise.This was told by Dr. KamleshThakkar, Director & Senior Interventional Cardiologist at Galaxy Heart Institute, Mehsanain a press conference on the occasion of World Heart Day 2022 which is commemorated on 29th September every year.

They have studied about 500 such cases in the last two years. “As much as 40% of them did not have any conventional risk factors. This is what makes us worried,” said DrKamlesh.

High stress in urban areas coupled with large numbers of young population doing smoking is aggravating the problem.Factors such as diabetes, hypertension, obesity, physical inactivity or hyper-activity usually cause heart diseases. Roughly 30% of heart attack victims are from high-stress jobs

A lot of heart-related problems are due to rapid urbanization and industrialization. In three decades, the frequency of heart diseases in persons under 40 years has increased dramatically, maybe by three times.

Many youngsters in new economy sectors invite risks by aggressively pursuing tall work targets and developing stress. Stress is making them look older than their age, also because of working at odd hours and unhealthy eating habits.

Sitting for 4-5 hours continuously is like smoking a few cigarettes a day, and this tendency is more prevalent among technology workers.

I think a combination of increasing workloads, uncertainty of future, and a lack of investment in personal hobbies are causing life-limiting situations,” he said.

“A majority of those under 40 who suffer heart attacks are smokers. Though we have a large incidence of diabetes as one reason why India gets heart attacks at least 10 years younger than in the West.

We are studying how air pollution contributes to heart problems. Good number of the patients admitted to the ICU at Galaxy Heart Institute with heart-related problems areworkers who are more exposed than most others to air pollution.

Earlier, perhaps we had only 10%, but now 25% of cases are due to air pollution, because of jobs that expose them to air pollution. It is like smoking 5-10 cigarettes a day.