by Rashtra Times
in Uncategorized
Reading Time: 3 mins read
0 0
A A
0 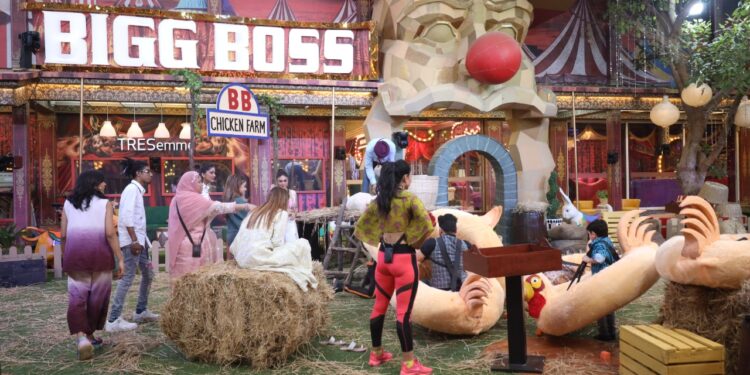 It’s that time of the season when COLORS’ ‘Bigg Boss 16’ welcomes the family members of a few housemates to the most coveted house in the country. The master of the house has established that housemates are to ‘freeze’ in their places on command and they must stay unmoved until the ‘release’ command.

In tonight’s episode, the first family member to step inside the house after the first freeze announcement is Vahida Tadavi, contestant MC Stan’s mother. Both the rapper and his mother burst out in tears when they hug after three long months of living apart from each other. She applauds him for showing courage and making everyone proud. The rapper’s on-and-off a rival, Shalin Bhanot apologizes to MC Stan’s mother for abusing her son with joined hands to which she advises that they all must respect each other’s parents. She reveals that when there’s a fight between MC Stan and Archana Gautam, both appear in a bad light to the viewers. She is happy to inform that people admire Shiv Thakare and MC Stan’s friendship. The highlight is when the housemates talk about the rapper’s girlfriend Buba, whom he misses very often in the presence of his mother. It’s endearing to watch the rapper blush and hide behind his mother at the mention of marriage with his girlfriend. 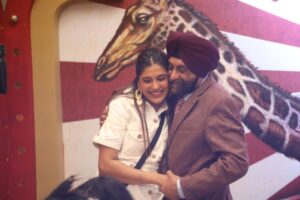 While the house is buzzing from the energy that the rapper’s mother brings, ‘Bigg Boss’ announces that all those who have complaints about Archana Gautam can now take it up with her brother Gulshan Gautam, who enters the house after the second freeze announcement. Before hugging Archana, he dances away while she is crying copiously in the kitchen area. It turns out that Archana’s brother is just entertaining as her. He goes on to spill all the interesting chronicles of Archana. Watch the episode to know what the mischievous contestant was like as a kid in tonight’s episode. 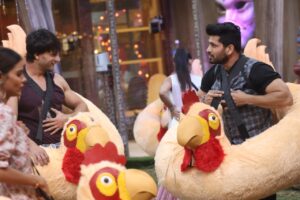 After the third freeze announcement, Gurpreet Singh Ahluwalia walks into the house as a proud father of Nimrit Kaur Ahluwalia. At the command of release, she hugs her father, who meets the members of the mandali, MC Stan, Shiv Thakare, Sajid Khan and Abdu Rozik with great warmth. He gives the Chhota Bhaijaan the biggest hug. When he meets his daughter’s rival, Priyanka, he says that he’s glad there’s another army kid on the show. It remains to be seen if this intervention will make any difference to Nimrit’s game on the show. 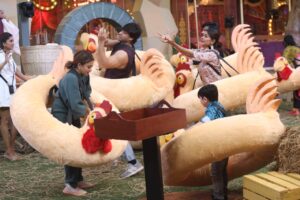 The norm for this episode is that contestants whose family members enter the house must rest and the family members must participate in the captaincy task contended by eight nomination-immune housemates. While MC Stan, Nimrit, and Archana rest, their family members bring their A-game to the task for which the garden area is converted into a chicken farm. The contenders are the chickens of this farm and each has a tray allotted to them. The chickens (contenders) must catch grains thrown by non-contenders standing on a raised platform. The one with the most grains in their tray wins the round. Find out who emerges victorious in this task in tonight’s episode.

Keep watching the excitement and drama in ‘Bigg Boss 16’ powered by TRESemmé, Special Partner Ching’s Schezwan Chutney, and Make-up Partner MyGlamm every Monday to Friday at 10.00 PM and every Saturday – Sunday at 9.00 PM only on COLORS and Voot.