by Rashtra Times
in Colors, Entertainment, Television
Reading Time: 4 mins read
0 0
A A
0 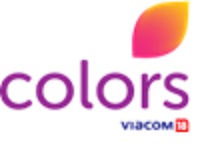 It is said that appearance can be deceptive, for what looks like a braid of an angel, could be a rope of a devil. COLORS’ latest supernatural drama ‘Pishachini’ unravels the tale of a family and their encounter with an evil demoness, Rani. An enchantress, she pretends to be a damsel in distress, but eventually entraps people and devours their souls with her enchanting beauty and dark energies. As her frightening shadow falls on the Rajputs, it is Pavithra who senses her demonic presence and chooses to help the family break free from Pishachini’s evil powers. Produced by MAJ Productions and Shakuntalam Telefilms, the show will see Nyrraa M Banerji as Rani, Harsh Rajput as Rakshit and Jiya Shankar as Pavithra, ‘Pishachini’ will premiere on 8th August and air every Monday to Friday at 10 pm on COLORS.

Manisha Sharma, Chief Content Officer, Hindi Mass Entertainment, Viacom18 says, “At COLORS, we take great pride in bringing to the forefront some of the most exhilarating supernatural concepts. With an aim to satiate the growing need for this widely appreciated genre, we are delighted to present yet anothersupernatural drama ‘Pishachini’. The story depicts the tale of an innocent family’s encounter with an evil demoness, Rani, who uses her beauty to charm people and preys on them for her benefit. The show boasts of a gripping story, riveting characters, great visual effects, and an ensemble cast that will keep the viewers hookedtotheir seats.” 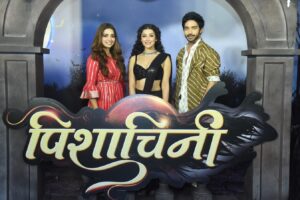 Rani, the Pishachini, is a terrifying witch whose threat looms over the quaint town of Bareilly. In her evil quest, she sets her eyes on the Rajput family who she shares a long-lost connection with.  She casts her evil eye on every member of the family intending to capture their souls. But there is one person, Pavithra, who is wellaware of Rani’s supernatural presence as her ancestral past is connected to hers. She has a chanceencounter with the youngest member of the Rajput family, Rakshit Rajput aka Rocky that leads her into their house. Pavithra senses the impending danger surrounding the Rajput house and decides to expose Rani’s truth in front of everyone. Will Pavithra save the Rajputs from the wrath of ‘Pishachini’?

Shyamashis Bhattacharya, Producer, Shakuntalam Telefilms said, “We have had many successful collaborations with COLORS in the past and we are delighted to join forces once again for ‘Pishachini’. The show is a fascinating supernatural thriller shot amidst the scenic mountains and rivers of Chail, Himachal Pradesh, that narrates the story of an evil entity in the garb of scintillating beauty.” Adding further, Mrinal Jha, Producer and Writer, MAJ Productions said, “Pishachini is a perfect blend of suspense, fantasy, nail-biting drama, and much more. The entire team has worked passionately on the storyline, costumes, make-up, and VFX to make it an action-packed experience for our viewers.”

Playing the titular role of ‘Pishachini’ a.k.a. ‘Rani’, Nyrraa M Banerji said,“We always equate beauty with something peaceful and positive, but Pishachini will burst this myth for everyone. She is an evil being with a beautiful face and long tresses that add to her charm. Rani’s character is extremely intriguing, and it gives me a great opportunity to experiment as an actor. I hope that my fans and supporters like me in this new avatar and shower me with their blessings.”

Essaying Pavithra’s role, Jiya Shankar said, “As an actor, I am always eager to try unique and challenging roles that give me a chance to experiment with my capabilities. Pishachini is one such show! I have been a huge fan of supernatural shows and have admired the actors who have aced such difficult characters so gracefully. Pavithra’s character is an observant young girl who is well-connected with our ancient beliefs and practices despite being raised abroad. This is my first supernatural thriller as well as my first collaboration with COLORS, and I am really looking forward to it.”

Ahead of playing Rakshit a.k.a. ‘Rocky, Harsh Rajput said,“Rakshit is a carefree boy who does not believe in supernatural powers but in only having a good life. I am sure that Rocky’s character will allow me to explore different shades as an actor. Moreover, I am delighted to be a part of this gripping story as both Nyrraa and Jiya are fabulous actors to work with. I am going to have a great time working on this show and hope that the viewers like it.”

The channel has designed a unique marketing and digital campaign for the launch to provide an immersive experience to the viewers. It has created a first-of-its-kind anamorphic content in India using the forced-perspective illusion technique, incorporating real characters instead of animated. On the digital front, in keeping with the show’s supernatural fantasy concept, the channel has roped in social media influencers namely Just Neel Things and Bihari Ladka to create vines that revolve to bring out Pishachini’s eerie character elements. In the launch week, fans can use specially curated spooky Instagram filters to capture their Pishachini avatars. On the day of launch, ‘Pishachini Ka Sanket’ will be dropped teasing the viewers with different omens that depict the arrival of Pishachini on COLORS’ social media platforms.  To make it larger than life, Pishachini’s sinister elements like long hair, long nails, quirky laugh, etc. will be used as disruptions on the social media handles.

‘Pishachini’ will also feature other popular actors including Amit Behl, Priyank Tataria, Raymon Singh, and Sachin Pareek among others in supporting roles as the show prepares for its big launch.

Brace yourself for a spine-chilling journey of ‘Pishachini’ starting 8thAugust 2022 every Monday to Friday at 10 pm, only on COLORS.