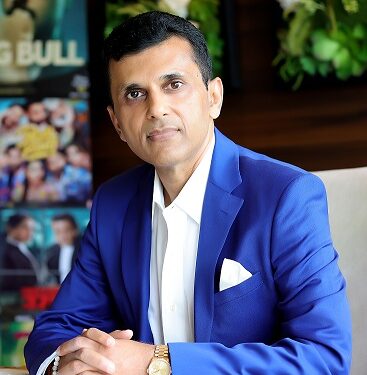 2022 has been eventful for the veteran producer Anand Pandit with his Gujarati family entertainer, ‘Fakt Mahilao Maate’ drawing huge crowds, and now the freshly released trailer of his upcoming Marathi horror comedy, ‘Victoria’, evoking an uproarious response. The lavishly shot film will hit theatres on December 16, 2022.

“The Marathi film industry is undergoing a huge shift and we are now seeing themes and stories that have never been explored before. I feel, regional industries are now all set to define pan-Indian entertainment and I have great expectations from ‘Victoria’ which has all the elements of a spectacular entertainer. It brings together elements of horror and comedy and has slick production values and beautiful locations as we have shot the film extensively in Scotland,” says Anand Pandit.

The movie has been trending ever since its announcement and it has created a massive buzz in social media as well as among movie buffs. The mysterious thriller story revolves around a few people who come to live in a haunted house and deal with the events that unfold subsequently.

‘Victoria’ is the debut directorial project of Jeet Ashok and Virajas Kulkarni and stars Pushkar Jog, Sonalee Kulkarni, and Aashay Kulkarni in lead roles. Pushkar has also co-produced the movie along with Anand Pandit and Rupa Pandit.

“We have proven with this film that a regional film need not be made within a limited budget and have spared no expense to create a  once- in-a-lifetime thriller.  I am sure that in the post-pandemic era,  this movie will be yet another crowd-puller  and will be well-received by the audience across the country.”