The battle in COLORS’ ‘Khatron Ke Khiladi 12’ is getting feral as the weeks progress. Staying true to its essence, another exhilarating weekend with invigorating adventure and drama is all set to unfold. As they say where there are strong-headed individuals together, the clashes are inevitable. And that’s exactly what will happen between Rubina Dalaik and Mohit Malik in the upcoming episode.

While the viewers have already seen the daredevil khiladis being divided into two different teams during the ‘Relay Week’ last weekend, this time the teams will get their respective captains. In the ‘Teams Week’, audiences will see the contestants performing a stunt to find out the two captains who will get “immunity for the week”. 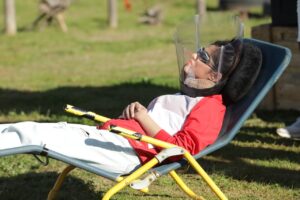 Due to an injury Rubina won’t be seen in the Saturday episode, however the actress makes the dhamakedaar re-entry in the Sunday episode with a daring stunt. Right before the task, she confesses to Mohit that she’s scared of attempting it, yet she will go on and perform it. Mohit accuses that she’s only doing it to be seen and get noticed! Not one to take it lying down, Rubina retorts that she doesn’t need to do the stunt to get noticed. 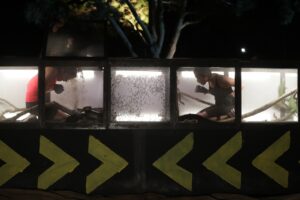 It will be interesting to watch how the two will come to loggerheads and later when it is time for Mohit to choose one person for elimination from his team, he chooses Rubina! Rubina calls out Mohit for not being a good captain and Jannat Zubair adds that if anyone needs to be eliminated it has to be Mohit.

To find out who stays in and who gets eliminated, tune into Maruti Suzuki presents ‘Khatron Ke Khiladi’, charged by Thums Up trusted partner Kajaria Tiles, every Saturday and Sunday at 9 pm only on COLORS!

The title song of the Gujarati film ‘Madhav’, which is releasing on October 14, ‘Madhav aave Che’ was released today by the entire team of Madhav in the Ganesh festival of the Rotary Club.